“GGHK is a huge, exciting and progressive event for Hong Kong which the whole team at Pure are delighted to be part of, and it’s my honour to be on the advisory committee. The diversity and inclusion of the Gay Games, together with its unique approach to global and local sports means it’ll be a relevant and colourful boost to our city – especially being the first host city in Asia!”

Colin embraces a dynamic life and is passionate in helping everyone build a healthier, happier and balanced 360˚ lifestyle – all of which he has instilled into the Pure Group as part of their brand DNA and company culture.

Co-founded in 2002 by Colin, the Pure Group has grown from one yoga studio with two teachers in Hong Kong to over 40 locations with more than 2,000 staff and around 600 yoga and fitness classes a day across Hong Kong, Shanghai, Beijing, Singapore and New York.

Good health and athleticism have always been a part of Colin’s lifestyle. He used to play tennis semi-professionally and impressively ranked as the top seeded player in Hong Kong for over a decade, participating in various international tournaments such as the Davis Cup and Wimbledon.

Colin’s sporty side didn’t deter him from exploring his business savvy. At the tender age of 12, he was already an entrepreneur with his own tennis racket stringing business. He also founded a number of start-up ventures including movie rental chain Movieland in Hong Kong at the age of 18, Mr Bean Coffee in 1991, and launched highly successful revenue-generating kiosks throughout Hong Kong’s prime locations such as Central Plaza and World Trade Centre.

Whilst on a golf holiday in Whistler in the summer of 2001, Colin was rained off the greens and decided to take a yoga class for the first time. He instantly loved it, and after returning to Hong Kong embarked on opening his own studio with the help of friends Bruce Rockowitz, Almen Wong and his first yoga teacher from Whistler, Patrick Creelman. Six months later, Pure Yoga was born. He subsequently started Pure Fitness in 2003, launched Pure Apparel and nood food in 2013, and MyPureYoga.com in 2016.

Pure Group has grown into the undisputed leader in Asia’s wellness industry. The company will realise further regional expansion with multiple new locations in Hong Kong, Shanghai, Beijing and Singapore.

Born in Nigeria to a British mother and a New Zealand father, Colin spent over three years in the Middle East before moving to Hong Kong at age 10. 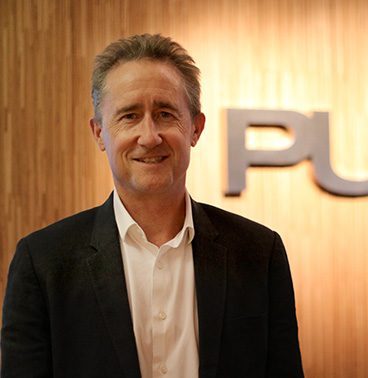 “Unity in Diversity, this is not only the slogan of the GGHK2022, this is also the cornerstone of the success of Hong Kong. The GGHK2022 will be the best event to showcase the power of sports and inclusivity.”

Fred has been the Director of Hong Kong Rugby Union since 2015.

HKRU is the organiser of the well-known HK Rugby Sevens, a world premier rugby tournament with a carnival atmosphere.

Fred believes the power of Sports, it is a great vehicle for learning life skills and core values.

“There is no better demonstration of equality and meritocracy than in sports. With Hong Kong hosting the 2023 Gay Games, we can showcase to the world our commitment to being an inclusive society where all individuals, irrespective of background, can realise their fullest potentials in life.”

Mr. Ming Wai Lau is the Director of MWYO, a youth-oriented think-and-do tank and the Chairman of Chinese Estates Holdings Limited.

Mr Lau holds LLB, LLM, and PhD degrees from King’s College London and the London School of Economics, University of London. His PhD dissertation was published as a book by Oxford University Press in 2011. He is a Visiting Lecturer at Harvard Law School during 2014-2020. He is also a registered attorney in the State of New York and a CFA Charterholder.

Mr Lau is active in public affairs in Hong Kong. He is the Chairman of the Board of the Ocean Park Corporation, a member of the Exchange Fund Advisory Committee, a member of Chief Executive’s Council of Advisers on Innovation and Strategic Development. He is awarded the Gold Bauhinia Star (GBS) for his meritorious public and community service in 2017. “An honour to be invited to the GGHK Advisory Committee. Excited to be part of the team to make the HKGG Games to happen for the first time in Hong Kong, with total inclusion of the society and in a large magnitude. Hoping the experience gained in sports organisations will help with the success of the Games.”

Having been involved in sports management since 1971, William served as the Executive Secretary of the Hong Kong Schools Sports Association for 10 years, organising various inter-school competitions for over 1,500 schools in Hong Kong.

William is an elected officer of the Hong Kong Amateur Athletic Association (HKAAA) since 1970 and as its Chairman for 28 years from 1979 to 2006. Many international athletics competitions were introduced in Hong Kong over these years.

William organised the first International Marathon in Hong Kong in 1969, and the first cross border marathon from Hong Kong to Shenzhen in 1992.  He was appointed Chairman of the Standard Chartered Hong Kong Marathon for 24 years since its inception in 1997.

“Sport, like Art, has the power to promote acceptance and inclusivity.”

Through his work at Sunpride Foundation, Patrick has hosted two landmark LGBTQ-themed art exhibition in Taipei and Bangkok which helped to raise awareness and respect for the gay community.

He believes Gay Games has an even stronger power to do so, and plans to organise visual arts exhibitions to complement the sports activities.”

Patrick Sun was born and raised in Hong Kong, graduated from McGill University in Canada and then returned to Hong Kong to work in the real estate development business.

Patrick has been active in promoting equal rights for the LGBTQ community in Hong Kong and Taiwan since 2002. He has been collecting art since 1988, from his earlier interest in modern Chinese paintings to his recent focus on contemporary arts.

In 2014, he founded Sunpride Foundation, with a goal to raise awareness and earn respect for the LGBTQ community through art. “Sport is for everyone!”

Trisha has been the Chief Executive of the Hong Kong Sports Institute, the Government’s delivery agent for elite sport systems in Hong Kong, since 2008.

Dr Leahy previously worked at the Australian Institute of Sport. She is well recognised leader in her field, an experienced and highly sought after international presenter, and Board member of international and local community, professional and public bodies.

“I believe that sport can help people to enjoy a better quality of life. Whether you are a participant or a spectator, sport allows you to connect with people from diverse backgrounds and share experiences that make these connections stronger. The Gay Games in Hong Kong will bring excitement to our city, create new friendships and break down barriers between us. In short, we’re going to have a cracking good time.”

Jonathan has been in Hong Kong for more than 36 years, most of which were spent working in the Hong Kong and Hong Kong SAR Governments. Having worked in areas as diverse as district administration, criminal justice policy, public works development, sustainable development strategy and competition law, he spent his last few years in government as Deputy Secretary for Home Affairs with responsibility for sports development policy and programmes, before leaving in 2015.

Jonathan is a graduate of Reading (BA in French and Russian) and Leicester (MSc in Sociology of Sport) Universities in the United Kingdom. He is married with two children.